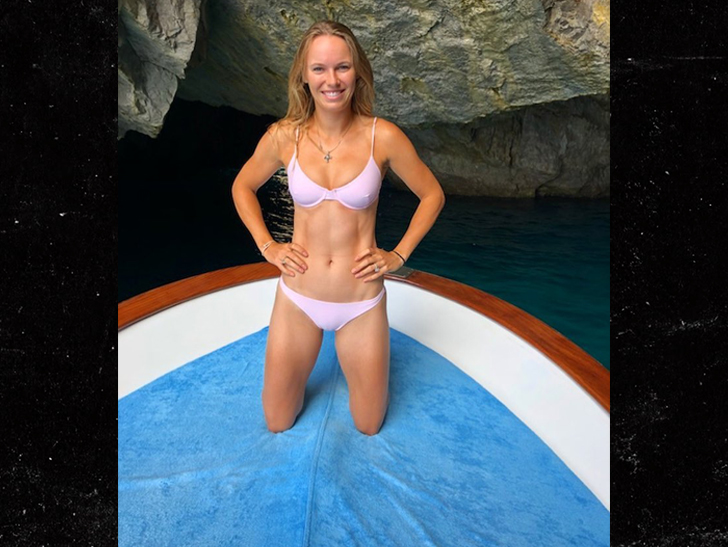 Caroline Wozniacki ﻿seems devastated after losing at Wimbledon, doesn't she?!
Just days after the tennis superstar got bounced from the tourney, she and her NBA fiance, David Lee, jetted over to Capri, Italy ... where they're yachting, relaxing and taking bikini pics.
Yeah, she's clearly heartbroken.
Also, Wednesday is Caroline's 28th birthday -- and, judging from her vacation pics, she seems WAY happier being in sunny Capri than cloudy England.
Plus, this way, Caro gets to show off her insane physique -- which she did in the 2016 and 2017 Sports Illustrated Swimsuit Edition (awesome, btw).
As for the whole Wimbledon thing, Wozniacki lost in the 2nd round to Russian star Ekaterina Makarova ... after a swarm of flying ants invaded the court.
No flying ants in Capri ... just sayin'. 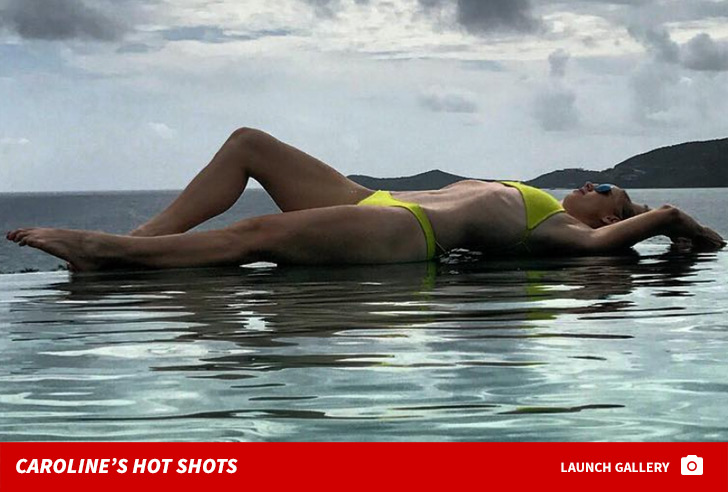 The vegan pasionaria and ex gieffina: «With the money that will give him all the animals of the planet would be saved» "It is shameful that a player earns so much and is paid certain amounts. With the salary of Ronaldo they would save all the animals on the planet. With a hundred million euros you would save the whole planet. I hope that Ronaldo gets injured in the first game, so they attack. It is a shameful thing, all the planet earth should be indignant about these figures. He will never be able to spend the money he earns in all his life, nor will his children and his nephews. Unfortunately, those who speak the truth are annoying ». So Daniela Martani, the 'pasionaria veg', who spoke this morning at the microphones of ECG, the program on Radio Cusano Campus, the broadcaster of the University of Niccolò Cusano.
Posted by Unknown at 10:08 No comments: