"Benzema has conquered Rihanna and she is happy" 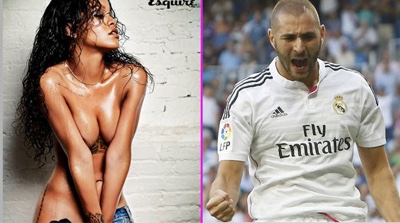 The relationship between Benzema and Rihanna could have gone a step further if reports that the singer has presented to the players to their family and closest friends are confirmed.

So says Life & Style magazine explaining that Rihanna chartered a plane to Benzema, his family and some friends, including some of his companions were flying to Los Angeles.

It would also have made ​​it own with their families who have traveled from Barbados to LA to meet all there. The guests have stayed in the Andaz and Mondrian hotels where according to a source "they had a great time relaxing and partying together."

This would be the final confirmation of a romance on speculation that takes a few weeks ago when the couple were 'hunted' for the first time out on the town in New York. After they have been seen together on several occasions in Los Angeles. 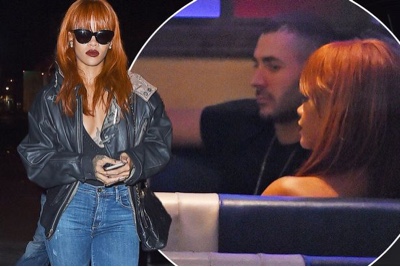 "The relationship has taken a while to take off, but she says that's what makes it special. It's the first guy who has taken the time to know before rushing headlong for him. He has been telling People who have never expermientado anything like it in his life and he is confident Karim as his best friend, "said a person close to the singer told Look magazine, other publications confirming the romance.
"Rihanna seems to have undergone a radical transformation. It's been said he does not believe in monogamy to comment that just wants to be with someone. Everything is Karin, has conquered," the source added to Look as recorded LOC.
As if that were not enough, he said "Rihanna would love to propose marriage. And Karim has already hinted he has his eye on a diamond ring for her. But for now he is enjoying his company. He seems happy for the first time in a long time. "
Posted by Unknown at 02:23 No comments: