They were bundled Irina Shayk and Joseph Blatter? 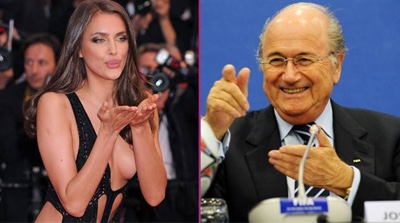 It sounds like fiction, but we know that sometimes surpasses reality. Not likely in this case, but the fact is that many media say that Irina Shayk and Joseph Blatter had a relationship.

None of this information gives too many details, just note that Blatter was out with Irina before doing your last and current partner, nothing more. There is also no pictures of the two together for their alleged affair.

The fact is that the ball has become increasingly larger with the passing of the hours and are already numerous ways that we have echoed this story that seems really incredible. But, you know, sometimes love all what can and age does not matter although Blatter Irina brings him no less than 50 years! ...

As we told you at the time, Joseph Blatter maintains a relationship with the Swiss Armenian Linda Barras, 28 years younger than him and which debuted at the awards ceremony of the Golden Ball in 2014. Gala to Irina also attended, accompanied by Cristiano Ronaldo picked up his second trophy. 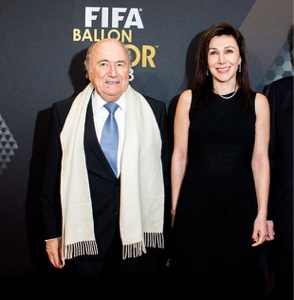 A couple of days later it was learned that Blatter's girlfriend was married and her millionaire husband claimed they had not broken ... Blatter still with her ​​and had an affair with before Ilona Boguska.
Before leaving this Polish, Blatter was married three times. In two of those marriages he was divorced and the other, widowed. Corinne had her daughter with Liliane Biner and then married the late Barbara Kaser.
His last wife, Graziella dolphin trainer Banking, described him as "a psychopath. He had a split personality, like Dr. Jekyll and Mr. Hyde".
Posted by Unknown at 02:39 No comments: