The Turkish Passion of Sneijder and pays off 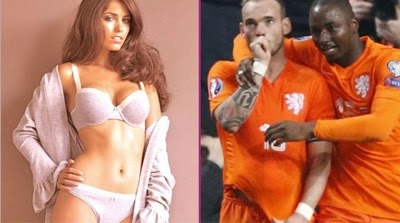 Wesley Sneijder last week gave a clear hint that his wife, the beautiful presenter and actress Yolanthe Cabau, was pregnant. After scoring a goal in the Netherlands and Turkey, he celebrated by performing the gesture pacifier, putting the ball in the belly, under her shirt ...

How could it be otherwise, the Yolanthe itself confirmed the state of good hope and future paternity Galatasaray player, an idol in the Istanbul club.

It will be the first child for the couple and be born next October. We do not know the sex and Yolanthe confessed to the press in his country that has not yet decided if you want to know ahead of time. 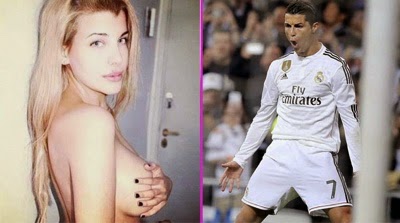 Charlotte Caniggia, controversy exfutbolista daughter of Argentine Claudio Caniggia put a few weeks ago to his career in the Italian reality show 'The Island of the Famous', where he met Fanny Neguesha, the ex-girlfriend of Mario Balotelli.

The star was one of the first to leave the island Bonita (Honduras), where he never found his place.Away from the comfort and luxury, Charlotte could have followed if you had undressed as he demanded, but chose to leave.

"No, I want to eat burgers and fries" he replied when they insisted on staying. And said and done.Charlotte took to his heels and once groomed, climbed back selfies networks showing part of its abundant front ...

And also, when interviewed, used to talk about front. "I really like Cristiano Ronaldo," he said. But there was referring to the football, "as the football itself does not interest me," he added.

Charlotte, who exploits his fame these days-and their pectorales- in Italian teles, he joins the long list of suitors from Madrid, who returns to being single after cutting with Irina.