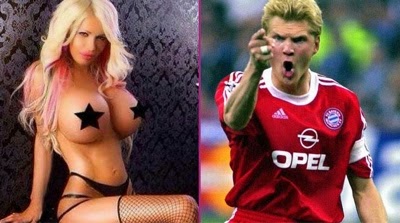 Edona James, a transsexual prostitute, claims the German former player of Bayern Munich Stefan Effenberg, a total of 5,000 euros for their sexual services.

"He never paid me. It was always stoned by cocaine, "says Edona the German tabloid Bild, which published the scandal Friday.

The former prostitute has lodged an appeal with the District Court of Munich. He accuses the former player not pay, up to three times, after having sex.

The court and sentenced in the first instance Effenberg with a fine of 600 euros, but Edona not accept the judgment and decided to bring an appeal in 5000 claiming.

"This man molested me. She used my body. I never paid me. He was always stoned by cocaine. I had to receive psychological treatment because of him, "he said in court.

As if that were not enough, said Effenberg "I said it would pump acid in the face if the case came to light". For now, Effenberg has not acted on the complaint.

A 2014 Miss Bumbum hunted by paparazzi topless aboard a yacht. But for us, rather than see her breasts exposed, has been very shocking to note that carries the shield of Barça tattooed on her butt, that for which he was awarded ...

Indeed, the Brazilian looks on his left buttock Blaugrana emblem, which could not only be a sign of loyalty to the club but also a nod to recent history. And, as we told you a few months ago, Indianara traveled to Madrid and hung in nets a photo laying on the bed in his hotel next to a Barcelona shirt ...

The Brazilian press speculated that could have slept with one of the players Luis Enrique and even gave the name of Neymar. The adventure never confirmed and some stated that it was all a strategy model to promote. 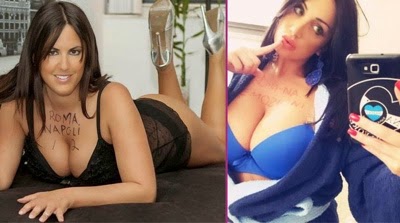 Because of Easter, the day of Series focuses on a single day, Saturday. And midmorning a duel that promises to spark is disputed.

It is the Rome-Naples, which has aroused passion in two of the most popular stars of the country.Marika Fruscio one side and the other Claudia Romani.

Television, fan number one Naples Benitez has already hung a provocative selfies in ensuring that the party will be full of great emotions.

The apprentice's, meanwhile, has played a witch and predicts a Neapolitan win one to two. We'll see what ultimately happens.