"I had sex with Rami, but did not know he had a girlfriend" 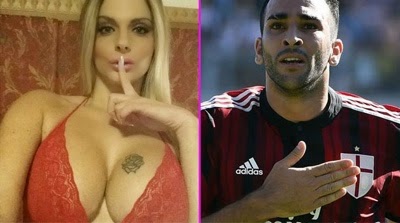 As if something was missing to Milan in this disastrous season, now has its own mess of skirts.The protagonist is none other than the French Central Adil Rami.

And the former Valencia has been 'accused' of betraying his girlfriend. At least that is what sustains the star Francesca Cipriani, in the Grand Hotel Chiambretti program, said they had had sex.

"I've been a Milan player, Rami. I did not know you had a girlfriend, "he said. And, indeed, Rami goes for years with the beautiful Sidonie Biemont, who has not said a peep about it.

In Italy it is not just believe and suspect that it is all a figment of the blonde bombshell, who would be using the scandal as a lure to sell its next sexy calendar.