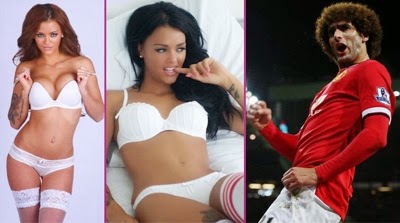 Neither more nor less than Roxanne Jeffers, a voluptuous actress who also serves as the host of a television channel for adults and that in the past was related to another player, the now Roma defender Ashley Cole.

But it seems that happiness can never be complete for the Belgian, because now beginning to do better in the field under the command of Van Gaal, 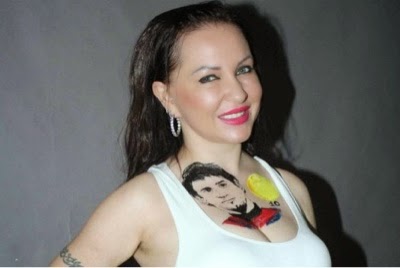 Nataliya Kozhenova, Ukrainian actress, is an admirer of the Argentine playmaker, or she did not have the courage to do what he did.
Posted by Unknown at 00:48 No comments:

Irina: "A woman feels ugly with the wrong man at her side 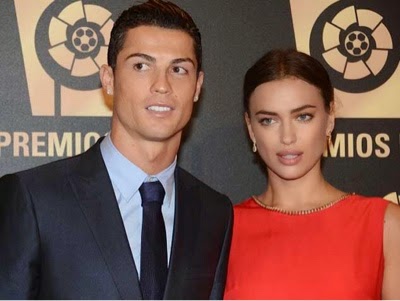 Irina Shayk and Cristiano Ronaldo have been separated since the beginning of 2015 and much has been said and written about the reasons that led to the end of a relationship of almost five years. In an interview with "Hola", the Russian model opened his heart and spoke of what has happened.

"I have not found the ideal man. If we have a relationship, should be good. If on the contrary, we must finish it. We must be next to someone who walk in the same direction and share the same. We have to share the same concept of relationship and the same energy so that we can believe in a monogamous relationship, "he said.

The Russian went further to say being next to the wrong man to make you feel ... ugly. "A woman feels ugly when you have the wrong man at her side. I've felt insecure. But I never want to feel like that."

The ex-girlfriend of Cristiano Ronaldo said he is in no hurry to fall in love. "Love is not only what is felt by a man. Also love that feels by our mother, our friends. I am of those people who like to be in love with life. "
Posted by Unknown at 00:39 1 comment: