Phelps will go to the altar with the beautiful Miss California 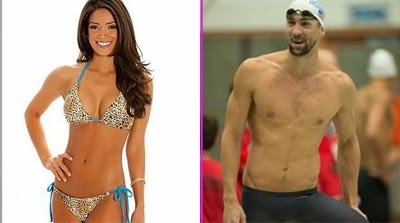 "You said yes !!!" With these words today announced that Michael Phelps is getting married with his girlfriend Nicole Johnson, Miss California 2010. Minutes later, she also confirmed the commitment on their twitter and Instagram accounts.

The winner of 22 Olympic medals and a legend of swimming is ready, at age 30, to start a new adventure. Phelps, who hung on the net a picture of the engagement ring, try, with this change oflife, leave behind the last turbulent or October episode, when he was arrested a second time driving drunk.

For that reason he lost many sponsors, had to go into rehab and has passed the hard bump leaning on his girlfriend Nicole, who has always been by his side. Former Miss California, with which it has an intermittent relationship since 2007, proudly boasts that "Mrs. Phelps will"

It seems to have definitely already missed all the ravings of Phelps in recent years that has been linked with transsexual Taylor Lyanne Chandler , the waitress Sara Herndon , actress Jasmine Waltz or model Megan Rosee.

Premier: sexual scandal and blackmail to a defense 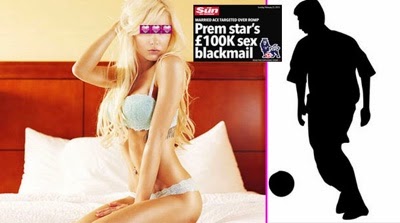 A new sex scandal shakes Premier. According to The Sun, a player from a top team whose name remains secret would have been blackmailed 100,000 pounds for a blond woman with whom he had a one-night stand.

Ensures the defense, married and well known, had sex "without taboos" and then was subjected to extortion under threat of disclosing explicit photographs and videos of lovemaking.

The lover, according to The Sun for 30 years and unmarried, showed him the pictures above the player after learning that he was married and demanded money (100,000 pounds) in exchange for his silence.

According to information published by the Sunday tabloid, the couple met at a party near the player's home last year and soon had sex.