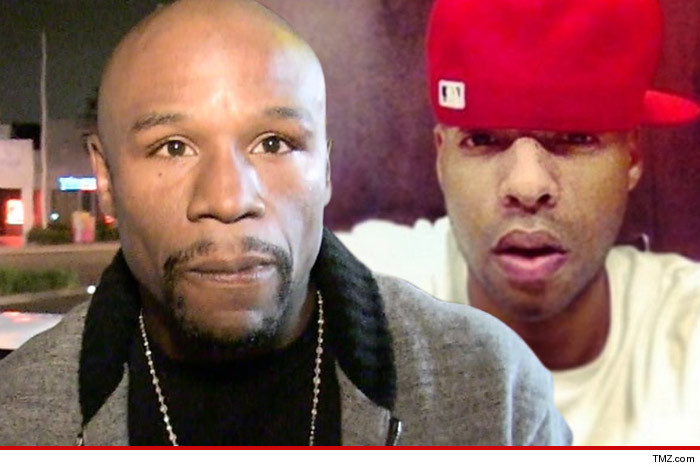 Floyd Mayweather is putting aside some brutal facts and paying for the funeral of the rapper who gunned down his wife in the bathtub and then shot himself.

TMZ broke the story ... Floyd was FaceTiming with Hayes earlier this month when the rapper snapped as they discussed how his wife, "Hit the Floor" star Stephanie Moseley was cheating on him. He went in the bathroom and pumped 10-12 shots as she lay in the tub. He then killed himself.

We don't know if Floyd foot the bill for Stephanie's funeral Friday in Canada. Floyd was urging Hayes to dump her just before he lost it.

Hayes' funeral is set for today. 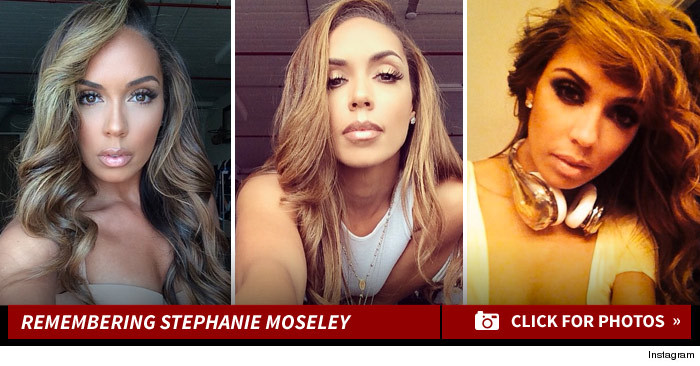 Mary Imizcoz, Javi Martinez's ex-girlfriend, has denied reports that claimed he had begun a relationship with Alvaro Dominguez from Atletico Madrid former player now in the ranks of Borussia Moenchengladbach.
"I'm tired of false rumors," he told LOC. "The news is quite false, ridiculous and uncomfortable," added Mary about it and explained that "Alvaro and I met at Oktoberfest last year" and was then (2013 and not now) when a picture together were made.
"Since then we have not seen," he said and was very upset by what has been published. "When you get the news, he even had to ask for my phone to a mutual friend to contact me," he said.
After breaking with Javi Martinez in February, Maria still lives in Munich where he found more opportunities in Spain to develop her modeling. He has taken several reports and by the time the return to our country does not arise.
After his denial, seems to have no new partner while Javi has been seen kissing a brunette, but it appears that there is a serious relationship.

Lou Williams and his two brides, a very happy trio

Lou Williams, Toronto Raptors guard is not only taking a spectacular start to the season in the NBA but off the court also is going swimmingly. And according to the American press account is dating two women at once.
Lou, 23, has, as it were somehow an official girlfriend named Ashley Anderson and this in turn went out with Rece Mitchel. He calls 'the blonde and the brunette' and has made ​​him both form a loving trio that has already become a viral phenomenon.
Guard out with both together and also separately, showing that the trio is the most-matched and that there is no problem between them. Quite the contrary. And above, and have become the envy of other players like JR Smith has not hesitated to tweet that "if this is true, Lou, you're the man!".

Many have met Alice Goodwin this summer starring in the 'ice bucket' hotter. 'The queen of ice cream bucket' English call this goddess of 29 years and tremendous neckline, however, is an old acquaintance for hardcore Ball Rosa.
For years you present it. Back in 2009, when Cristiano Ronaldo playing for Manchester United and rolled with it being one of the most talked conquests not in vain production for the magazine Zoo Weelkys he had launched to stardom by the roundness of her curves and her front, almost as devastating as the goals of the Portuguese ...
Eventually, Alice became a whole Wag and Jermaine Pennant, who came to play on loan at Zaragoza, led her to the altar. Today, they are one of the strongest couples in football and that she continues to thrill men worldwide with their hot sessions. The latter has starred for Interviú, whose latest issue took the cover and a spectacular story on inside pages.

The muse of Naples was with Juve

Allegri against Benitez, Tevez against Higuaín, Callejón against Morata ... The end of the Supercoppa Italia, Juventus-Napoli, had many duels on the field and off. And is that the two clubs have two muses premier also fought their particular battle.
In Doha, and after 18 penalties, Napoli and therefore Marika Fruscio, the godmother of the Italian team, was with Laura Barriales, the muse of Juventus, Spanish by birth and television presenter club won.
Throughout the day, Marika Fruscio, which boasts a more powerful up front than Higuain and Callejon, encouraged the duel from the networks. He disguised himself as 'supermary' and urged his people to "vincere" Super. Laura, meanwhile, also wished the best to Allegri, but his team fell after a lengthy penalty shootout.

After being fined 540,000 euros for driving without a license and exceeding the speed limit, Marco Reus has received a startling proposition. And the lush German model Jordan Carver has offered to give a chauffeur, but puts a condition to leave his current club, Borussia Dortmund, and fiche for Bayern Munich.
"Dear Marco, I am willing to be your chauffeur 24/7 (the veincuatro hours seven days a week) and help you to recover your license ... One must accept the following conditions: to love and change the Dortmund Bayern. I know I'm being greedy, but both options are incredible, "tweeted the model.
We'll see if Marco ignores this model that prevails in the United States and recently has started in boxing. From a distance, Jordan (29) follows very closely the steps of Bayern Munich, the team of his heart.