Venus Williams gets naked for ESPN 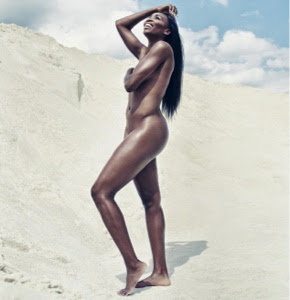 Without any doubt, Serena Williams is a stunning woman. The U.S., which tops the list of the WTA, has a great personality and breed on the slopes, while outside it also has emerged as a lady with character. In fact, considers herself a beautiful woman, as has often confessed that she is proud of her chest and her figure.

But it seems that the world number one tennis player is not the only one who is proud of her body, but so is your sister. It turns out that the great Venus Williams has decided to make a sensual story for ESPN The Body Issue, which looks incredible hot body at 34 springs. Remember a lot, I must say, the same kind of work he did in 2009 with his sister, Serena own.

This photo shoot promotes display of the body of athletes. However, the beautiful Venus Williams not only looks great guy in this work, but also speaks of Sjogren's syndrome was diagnosed in 2011, a disease that affects your energy and joints. "You have to accept that you will never be 100%," said Williams most of which can claim to be in top form as the care of her curves are concerned.

Casemiro has already given the 'do want' 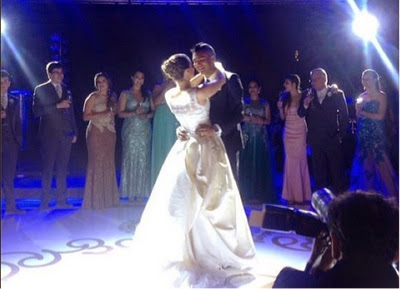 As we have seen, many players of Real Madrid have decided to take the summer break to perform various acts related to their private lives, as during the season is rather impossible. Ancelotti did, ranging from Wedding Crashers, did Nacho Fernandez, who also married, and now has been Casemiro the protagonist of a new double bond.

Indeed. The squad of Real Madrid, this last season and had minutes in the first team merengue, married this weekend with his girlfriend, Anna Brazilian Mariana Ortega. The wedding was held in the town of Itatiba in Rio de Janeiro, and it has gone over 400 guests, although it was more of an intimate family ceremony.

Thus, at 22 springs, Casemiro has decided to take the next step in their relationship after three years of romance. But that's not all, since it is said even that would be looking for their first child together. Anyway, the case is that the young Real Madrid footballer has passed down the aisle just before formalizing his possible departure to Real Madrid, where they do not have the minutes that you would like.