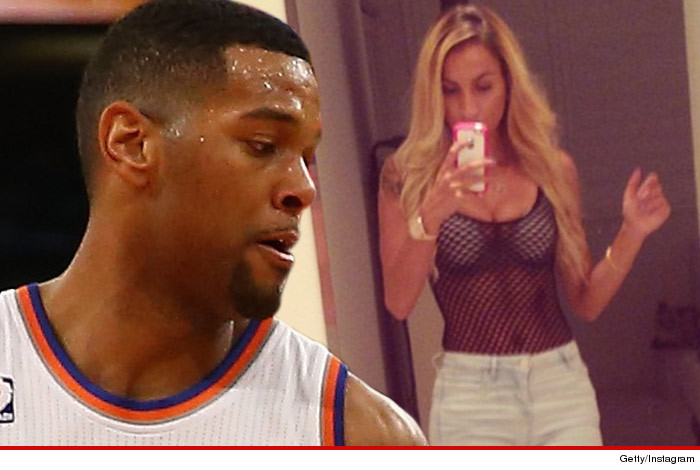 Ex-NBA player Jeremy Tyler -- who was just released by the Lakers -- claims his baby mama went berserk and punched their 10-month-old child last week ... and now he's obtained a restraining order against her.

TMZ Sports has learned ... the 23-year-old -- who's expected to sign a deal to play in China -- filed court docs in L.A. asking for protection from Sukey Rowan ... a British national who Tyler's been with for years.

In the docs, Tyler says Rowan got violent during an altercation at his mother's house on October 18th -- when she showed up to the home before she was expected to be there and demanded to see their child.

"I brought [the child] outside and she swung at me and tried to hit me while I was holding our son," Tyler says ... "At one point she missed me and hit our son."

Tyler continues, "My sister tried to get between us, and she kicked my sister, who is nine months pregnant, in the stomach."

Tyler says he's not only concerned for his safety -- but worries that Rowan will take the child to the U.K. and that "I will never see him again."

Despite the allegations, Tyler says "I still love Sukey, but I cannot let my son and I live in danger because of her mental issues and violent temper."

A judge granted a temporary restraining order against Rowan -- which also bars her from leaving the country with their kid.

We reached out to Rowan for comment -- so far, no word back.