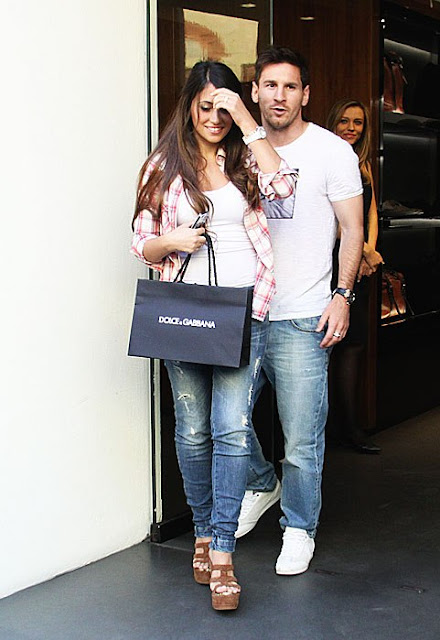 Lionel Messi, recovering from a muscle injury, flew into Milan to do some shopping at Dolce and Gabbana store with his wee fiancée.

Antonella Roccuzzo came out of the store carrying a small bag while the store clerks loaded a googol of bags in a black van. She desperately needs a wardrobe change! 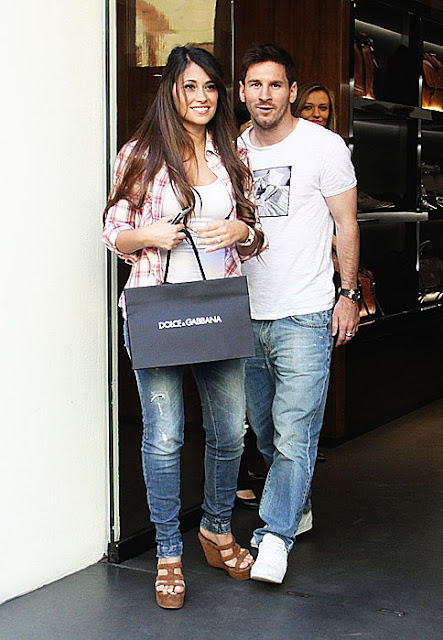 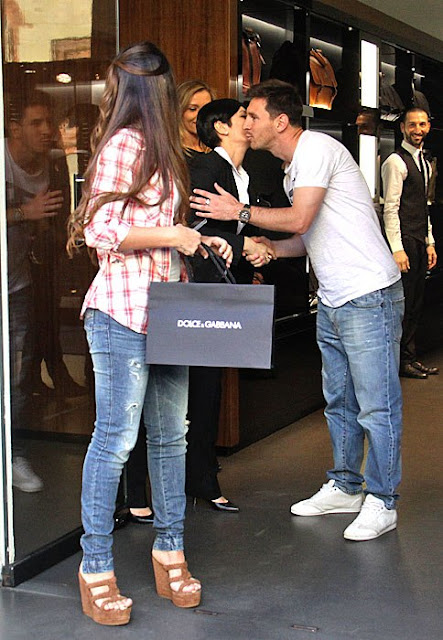 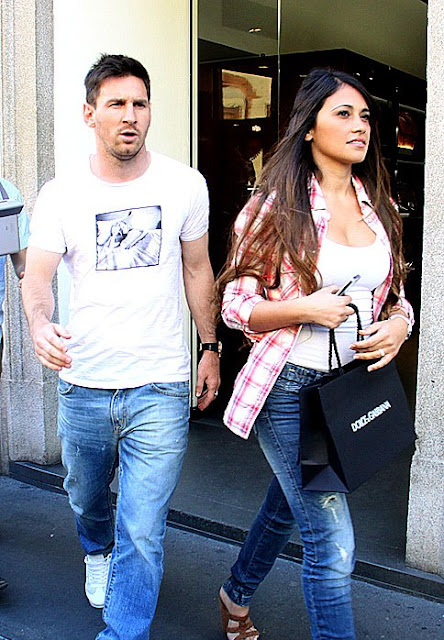 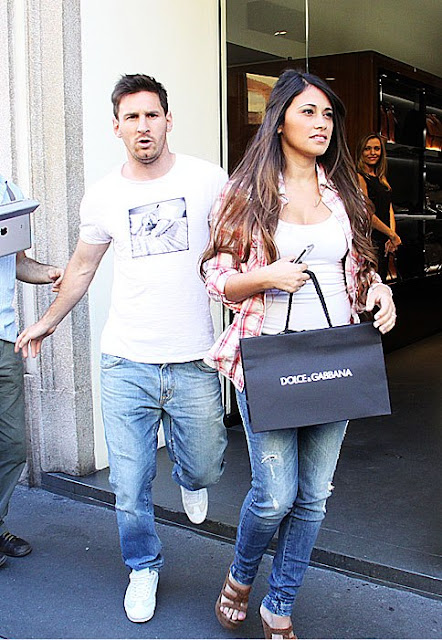 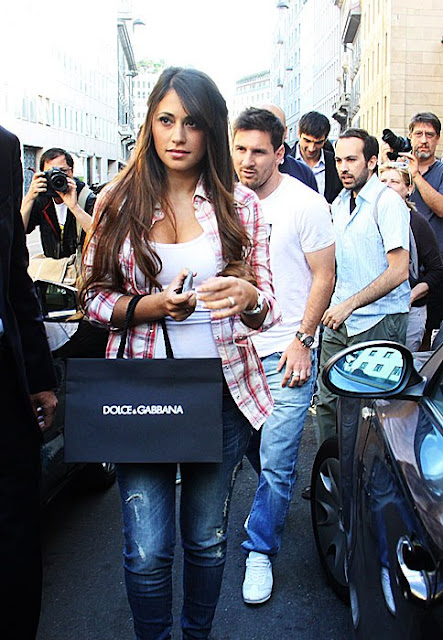 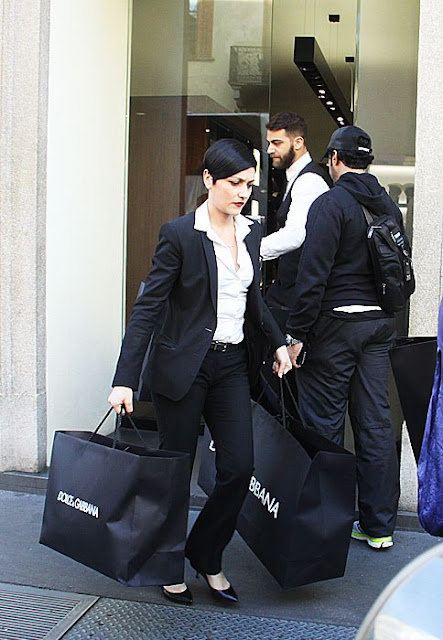 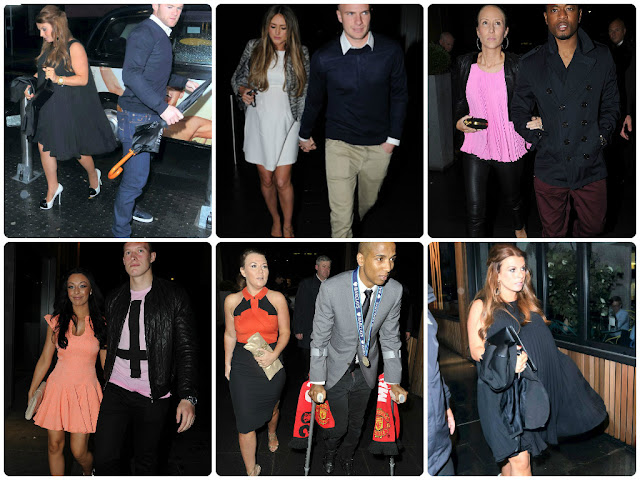 After one of the most memorable days ever at Old Trafford, Manchester United players were joined by wives and girlfriends to continue their 20th title celebrations with a meal which took place at Neighbourhood Restaurant . 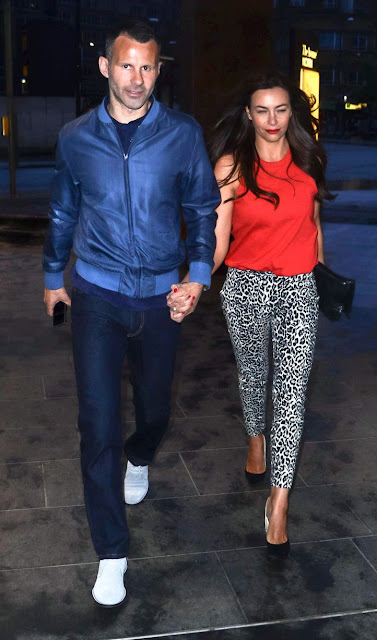 Ryan Giggs and wife Stacey Cooke were hand in hand as they arrived at Neighbourhood Restaurant. What do you think about Mrs Giggs animal print pants? 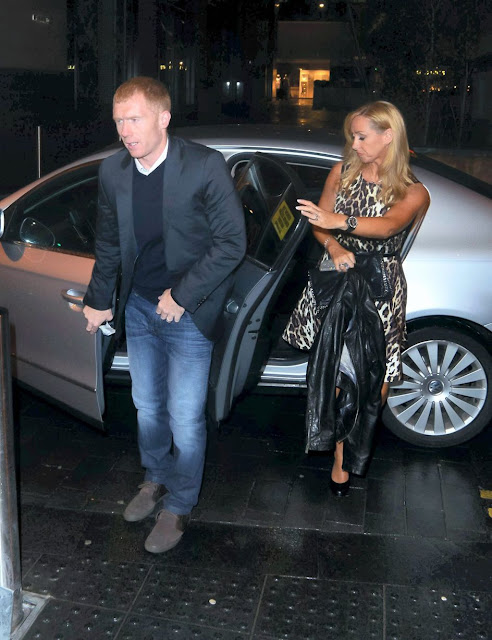 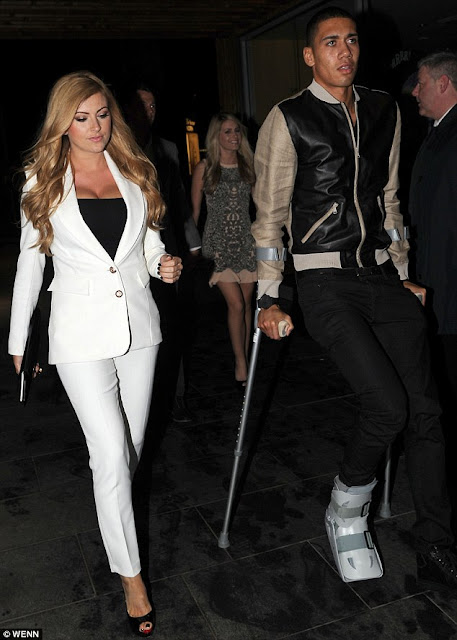 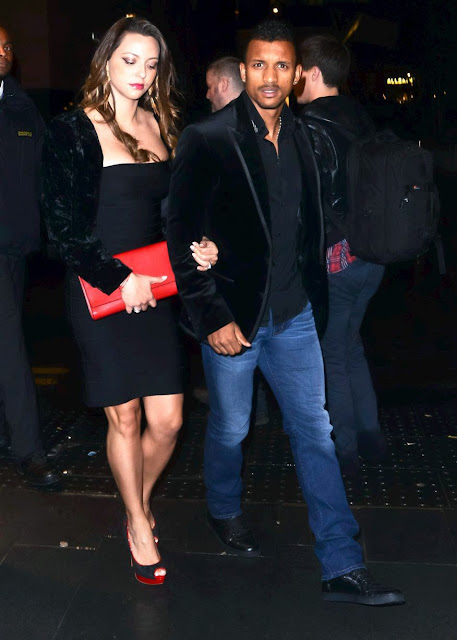 And the award for the most sullen couple goes to.... ﻿Daniela Martins and Luis Nani! They looked like they were ready to go to a funeral! The Portoguese wag opted for a black bandage dress and velvet blazer. She accessorized her outfit with red and black high heel shoes and red handbag. 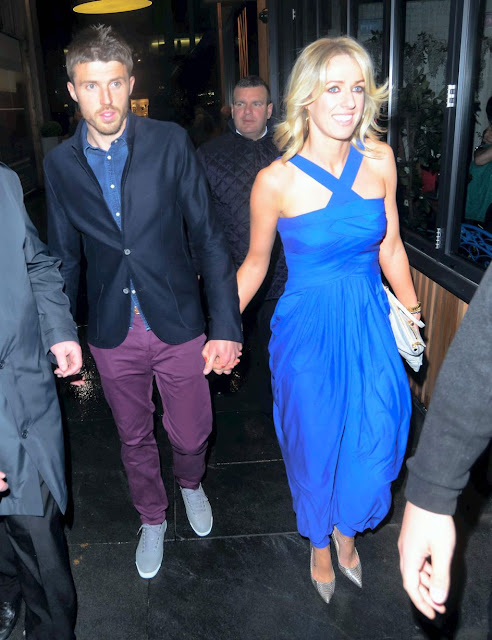 Michael Carrick and his "odalisque" Lisa Roughead arrived at the restaurant holding hands. Lisa chose a blue harem pants jumpsuit that makes her look Jeannie in I Dream of Jeannie. Not to mention her husband purple pants. Not to mention. 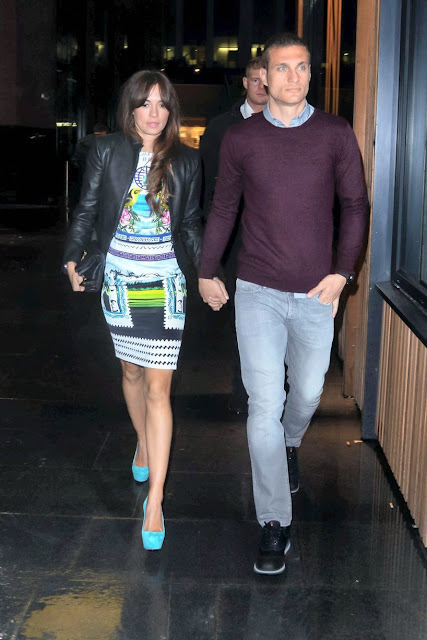 Nemanja Vidić and lady joined  his teammates and wags at Manchester United dinner. All I can say about Ana Ivanović's tropical island dress is NO NO NO! The retro hairstyle and the leather jacket took her look from bad to worse. 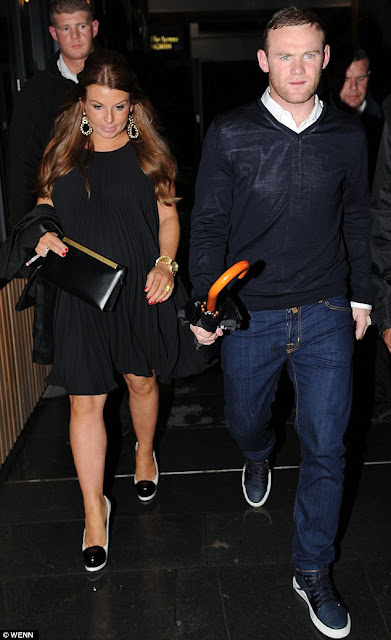 Pregnant Coleen Rooney is looking both ﻿stylish and chic in a black pleated dress that she matched with cute black and white shoes. But, alas, she's rounder than Giotto's O! 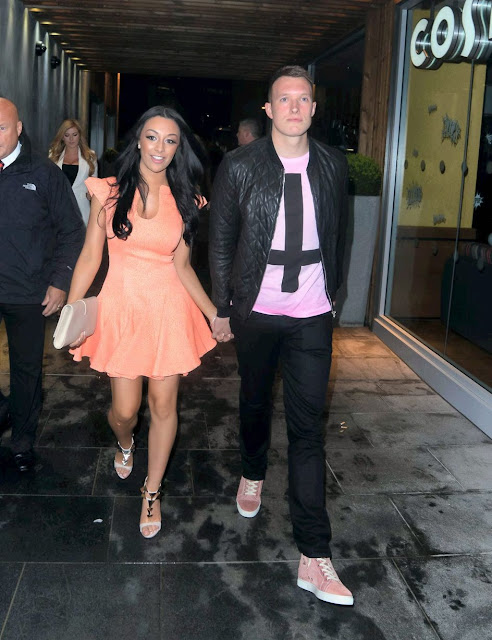 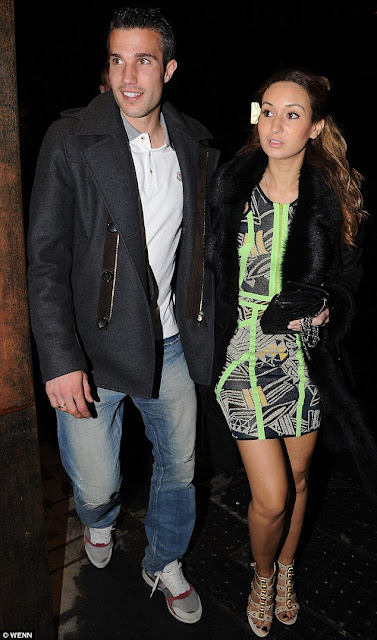 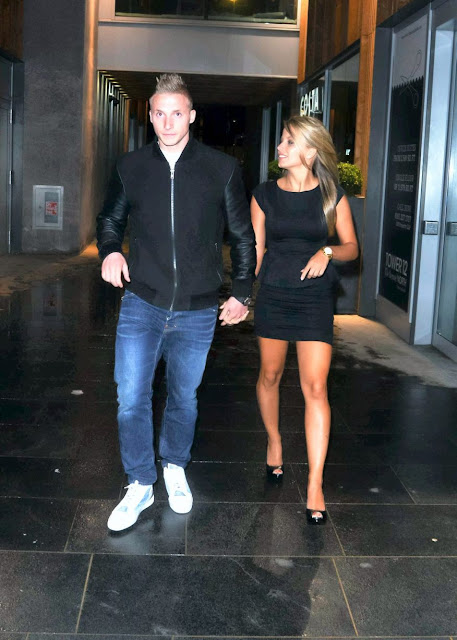 Don't they make a cute couple? Dutch Manchester United defender Alexander Buttner and girlfriend L﻿aura Christ celebrated his first gold medal with the team. Laura looked pretty in the simple black peplum mini dress which she teamed with a pair of shiny black heels. A fly in the ointment: her bearing ungraceful.
Posted by Unknown at 01:56 No comments: