Mario Balotelli’s brother competes for Man of the Thatch

WITH his winning smile and blond mohican, Enoch Barwuah is a dead ringer for his famous brother Mario Balotelli.

The identikit siblings both dressed up for a bash at the Dolce & Gabbana store in Milan, Italy last night.
It’s long been said that blonds have more fun, and the brothers both looked ready to party — Mario in a tux and bowtie, and Enoch in a black blazer and jeans.

Brothers in mohic-ans ... Mario and Enoch
REX
The boys have remained close, despite growing up apart after Mario went to live with foster family, the Balotelli’s, at the age of two.
The flamboyant player even splashed out £80,000 on a white Porsche 911 for his younger sibling last year.
Enoch, 19, had trials with Stoke City and Sunderland before signing amid much fanfare for Salford City in November.
The chances of seeing him play in Greater Manchester are fading however, since the club have yet to receive the paperwork to be able to apply for international clearance for the player.
The club secretary said: “It now seems that he [Enoch] has been seeking to play elsewhere — possibly at home in Italy or perhaps in Spain.”
Follow us on behids.blogspot.com

"No making love to Maria Sharapova". So as it says one of the clauses of the new coach of Russian tennis player, former player Dieter Kindlmann professional (pictured above). The same told Bild this curious rule and made him sign, though, is only valid for as long as his trainer.
"I have no love at work," said Kindlemann, 30, the German newspaper Bild. However, and although at first it may seem that Sharapova and their representatives are somewhat exaggerated to include such rules in a labor contract, the applicant claims that Maria is not a "diva" and "really cares about its employees. It is an undisputed champion and a very loyal ".
The Russian maintained since the end of 2012 a relationship with the Bulgarian Bulgarian tennis player Grigor Dimitrov. "Maria is very happy with her boyfriend, so far I have jealousy caused conflict between them," explains German but says "My job is not easy" ensures that will not stand in the relation of the two players who, for have indeed been 'hunted' by paparazzi kissing affectionately through the streets of Madrid (pictured below) where both are contesting the Masters Series.
Follow us on behids.blogspot.com
Posted by Unknown at 01:30 No comments:

Naples, second place to the rhythm of record. The Blues now have the best attack in Serie A

Mazzarri's team continues to win, and if Juventus is unreachable, so I do not have many firsts. With 70 goals, scoring record, of which 27 of the top scorer Cavani, precedes departments offensive Roma and Juventus. But even the 75 points are a record, as well as total victories, as many as 22

Second place, yes, but to the rhythm of record. The Naples continues to win, and if it can no longer be enough to chase the Italian champion Juventus now, can serve to end with a bang a championship, that numbers in hand, it is even more positive than it already tell the flattering second place in ranking. Thanks to the Bologna 3-0, the Blues have earned the title of best attack in the league, with 70 goals (scoring record), bypassing Roma and Juventus, respectively to 69 and 68 goals. It did not hurt that Cavani is now impregnable top scorer in the league, at an altitude of 27 centers.
record chain - But there's more. This Naples has set a record for total wins (22). Is continuing to improve the record for points (75 in 36 games), he equaled the record for away wins (9) and can also improve it. In short, it is Juve who flew this season, "killing" in advance of the championship with a furious pace, not that Naples has been proposed as an antagonist of the second bracket. Far from it. Much difference was in retrospect the direct comparison: the success of Juve 2-0 in Turin, draw at the San Paolo, with the goal of Chiellini, who weighed a ton on the dreams of the championship Naples.
Follow us on behids.blogspot.com
Posted by Unknown at 01:28 No comments:

Ronaldo puts transfer talk on hold to watch the tennis... and he's in good company with Falcao and Ramos

Cristiano Ronaldo may be the subject of intense scrutiny with a return to Manchester United from Real Madrid mooted, but he was able to put all that to one side on Friday.

The Portguese superstar was with his girlfriend Irina Shayak at the Madrid Open to watch Rafael Nadal beat David Ferrer 4-6, 7-6 (3), 6-0.
He was joined by Sergio Ramos and also Atletico Madrid star Radamel Falcao who also took the chance to escape the training ground and watch the action. Kiss-tiano: Ronaldo was with his girlfriend Irina Shayak at the Rafael Nadal v David Ferrer clash Fun in the sun: Falcao (right) sits besides his pregnant wife Lorelei Taron
Ronaldo hit his 200th Madrid goal against Malaga last week but is unhappy with how things are going under Jose Mourinho.
United chief executive David Gill has been in Madrid to meet Jorge Mendes, the Portuguese super-agent who represents the megastar.
Sources on Wednesday night insisted the Barclays Premier League champions were confident of securing the return of the player they sold to Real Madrid for a world record £80million in 2009. Triumphant: Nadal was in fine fettle as he marched through to the semi-finals in Madrid Unlucky: Ferrer pushed hard but Nadal was just too good in the end
Follow us on behids.blogspot.com

Pato and Barbara Berlusconi in crisis? Brazilian site reveals a new history of the Duck

According to a gossip behids.blogspot.com, the former AC Milan striker frequenterebbe the daughter of a television entrepreneur himself "strangely" named Silvio. The news goes crazy on the web 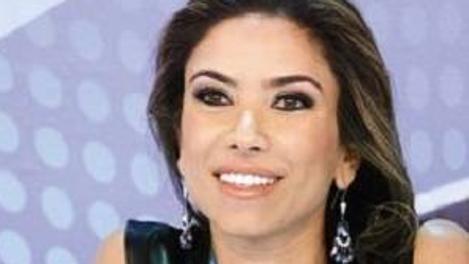 Alexandre Pato would have a new love story. At least according to the latest rumors verdict. According to the gossip column of the site behids.blogspot.com signed by Brazilian journalist Fabiola Reipert, the former AC Milan striker - romantically linked to Barbara Berlusconi - have started to attend assiduously Patricia Abravanel, daughter of Silvio Santos, entrepreneur and owner of the SBT television network. The Reipert argues that Patricia would be seen in the car of Pato (but so far there are no pictures to prove it), which in recent times has "dabbled" often the area where the girl lives. The current striker of the Corinthians would obviously trying to keep secret the new recent report.
daughter of another silvio - The news is quickly making the rounds of the internet sites of Brazilian gossip, gossip and more. To make it even more special is the alleged story of the same name "father". The father of Patricia as it is called Silvio Berlusconi, the father of Barbara. And so as not to miss anything even Silvio Santos is, as mentioned, an entrepreneur in the field of television communication. It's enough to explode the bomb or the news ... hoax. The gossip made in Brasil is officially opened.
Posted by Unknown at 01:18 No comments: